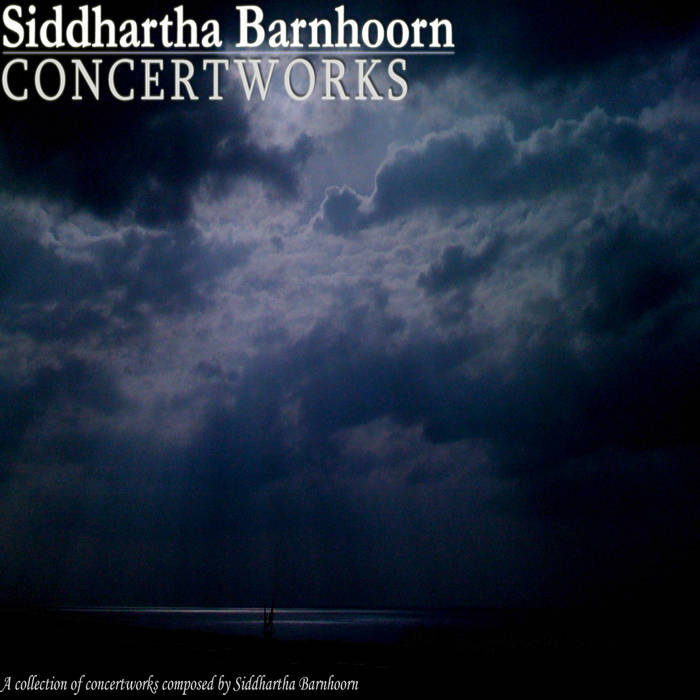 "Concertworks" is a collection of works I composed for various ensembles ranging from a trio to a full orchestra. The pieces are ordered chronologically beginning with the latest work, "For Lex!", composed and performed in 2010, and ending with my very first concertwork (even before I got into filmscoring) "Space Suite - The Undiscovered Journey" composed in 2003.

I hope you enjoy it.

"Concertworks" is also available on iTunes, Spotify and about 40 other online retailers:
- iTunes: itunes.apple.com/us/album/concertworks/id444711784

I started composing rather late in my life, when I was about 17 or 18 years old. I had always dreamed of composing something for an orchestra, and while I made many efforts starting up various ambitious projects mixing rock/metal with orchestral elements, that never seemed to get off the ground and really work for me.

As a science fiction fan and also an astronomy/science nerd I was very much into space and all that had to do with it. So, with that inspiration in mind plus various visual inspiration from astronomy pictures of large galaxies, stars, clusters and nebulae, I started to work on my Space Suite project. I never really consciencely intended to compose it but after I composed the first few tracks the idea started to grab a hold of me and I kept on going. I did not have access to a live orchestra so I used my samples the best I could at the time. And the eventual concept was that the listener went on a flight through space and got from one adventure into the other, like plundging into a blackhole. In retrospect I'm quite happy with this suite and wanted to share it with the rest of the world by releasing it in this compilation album.

"Overture to the Snow Goose" was the first time I was able to work with a live orchestral. In this case the Hofstads Youth Orchestra from The Hague, The Netherlands. They commissioned me to compose a piece of music for their participation at the 2006 Youth Orchestra Concours. At the time I had no experience working with an orchestra so it was a great learning school and experience to compose for them. I was, at the time, very much into clusters, bi/poly-tonality and other wierd stuff so it was a very nice and interesting but daunting task. For the piece I was inspired by the book of Paul Gallico "The Snow Goose". It came to my attention thanks to the British progband Camel and their inspiring and timeless album under the same title. I structured the piece into four parts, first part representing the introduction which slowly flows into Rhayader's theme with the bassoon, then we get to Fritha and finally we have the snow goose and the big battle at Dunkirk. In retrospect it feels more like something from a film since its structure is not really coherent in the traditional sense but it goes into diffirent directions and introduces us to new themes and ideas with an eventually epic, climatic ending.

"Eclipse" was another, more sound/ambient based experiment, where I got the chance to work with the trio To Be Sung; bas clarinet, cello and soprano. For this piece I was very inspired by the works of composers like Ligeti, Scelsi and Penderecki.

"Lazarus", a year later I got the chance to work with the Utrecht Conservatory Ensemble, consisting of string kwintet, saxophone quartet, two harps, piano and a percussionist. For this I wanted to work with one theme or motif and develop it further in an impressionistic manner.

"For Lex!", after 4 years I finally got to work with the Hofstads Youth Orchestra again. This time they commissioned me to compose a piece of music for the conductor Lex Veelo, who after 47 years of conducting the orchestra decided to pass on the baton to another conductor. For this event an entire concert was given for him as a tribute with "For Lex!" being the surprise composition. And a very nice surprise it was and he was very happy! It was an honour for me to compose for him especially. In terms of composing "For Lex!", it was a very daunting task since I did not have a clue how to start or where to go. I composed and composed and made literaly about an hour of material but none of it felt right. Eventually I decided to make use of one of the theme's/motifs I composed, the ascending theme, and develop this further throughout the movements. Eventually I also wanted to make a tribute to my hero's Jerry Goldsmith and John Williams to name a few. So again this has a very cinematic quality to it with a big, epic finale making its way to an almost "Golden Age" Hollywood-esque ending.