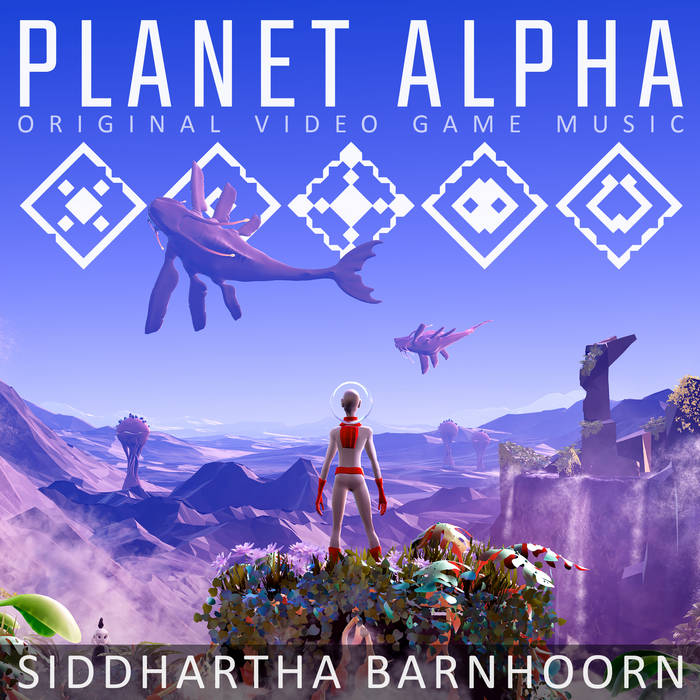 The original soundtrack for the video game Planet Alpha.
www.planetalpha-game.com

Before I talk a bit about the creation of this soundtrack I want to take the time to thank Adrian Lazar for getting me involved in this beautiful video game he has created! A big thank you as well to all the people involved in creating it: Tim Løye Skafte, Tim Börrefors, Jesper Krogh Kristiansen, Fernando Castillo Coello, Thomas Løfgren and Team17.

Working on the music for this visually gorgeous, immersive, puzzle platformer game was daunting and fulfilling at the same time. The challenge for me was to create the right musical atmosphere and find the right sounds.

I got involved with Planet Alpha in January 2016. It was the year I bought my first analog, vintage synthesizers, a Jen SX1000 and immediately used it in the first track I composed for the game (1 - Wounded). Quickly I fell in love with creating sounds by hand with this synthesizer and felt like I found my way to creating something new!

I stumbled upon a Korg MS10 in the second hand market and decided to go for it. Many of the sounds I created with the MS10 are now embedded into the soundtrack in some way or form after long experimentations and jam sessions. After a while I also got into modular synthesis with Eurorack which opened the door into a vast realm of aural possibilities which I also used in creating some of the vast, immersive, ambience for Planet Alpha.

The game went through many changes during its development, as did the music. By the end of the process there was well over 2 hours of music, mainly specific loops and stingers. This soundtrack represents a selection of that music to tell the musical tale of Planet Alpha.

‪"The music is fantastic and puts the player into an unknown world as things to get eerie in certain areas, especially with headphones on. It’s almost therapeutic in a way."‬ - Hardcoregamer

"Planet Alpha has a dramatic orchestral soundtrack that ebbs and flows with the sections of the game. The music often helped to portray my feelings of being on an epic journey through an alien planet and seeing things I had never seen before. There are sections of music that almost feel silent and ambient helping to showcase the darkness of the underground or jungle floor and the loneliness you have as you rummage through ruined buildings of a people from long before you." - Miketendo64

"If you’re a fan of atmospheric music with distinct harmonies like myself, you’re going to love what Barnhoorn puts on the table. With his music in the background, you really do feel like an explorer as you traverse the game’s many places, both above and below ground. He is master of alternating between ataractic and thriller tunes, and it is for his score alone that I recommend playing the game with headphones on if you are willing." - Red Stewart @ Flickering Myth